The folk group "Città di Quarto" was founded in 1928 by Enrico Cabras to find and pass on popular Sardinian traditions that were in danger of being lost. 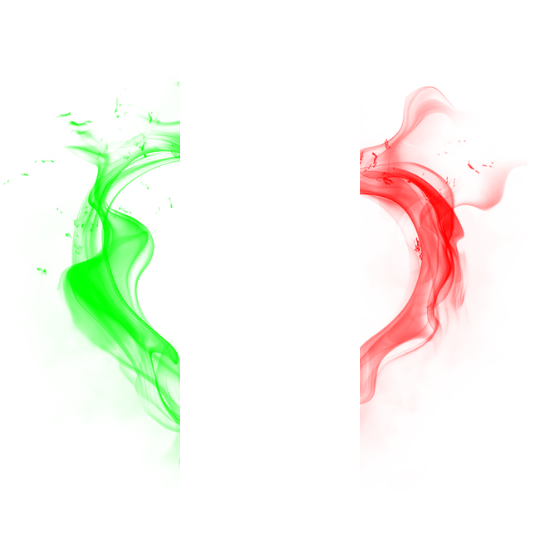 The folk group "Città di Quarto" was founded in 1928 by Enrico Cabras to find and pass on popular Sardinian traditions that were in danger of being lost.

The activity of the group is not limited only to participation in folklore events, but attributes great importance to the search for popular Sardinian traditions to rediscover and value a world that is in danger of disappearing.

It is in this spirit of the group created a school of dance and popular traditions to allow school children and adults to better know and love their culture which has such great importance for their specific identity. The group has participated in numerous manifestations of popular traditions throughout Europe.

Sardinian dance was born spontaneously among the inhabitants of the island of Nuraghes and is linked to the usual gestures of daily life. It originated in religious ceremonies as a time of prayer and never lost its character over the centuries.

Sardinian songs reflect, in their various aspects, the main essence of the Sardinian people: simplicity and originality. In Quart S. E. and in the Campidano, lively and cheerful songs are performed which owe their name to the refrain that characterizes them.

Traditional musical instruments are those commonly found in Mediterranean agro-pastoral civilizations and are, for the most part, wind instruments.

The traditional costume of Quarta has kept the characteristics of its distant origin, undergoing, however, the influence of peoples who, over the centuries. (especially in the 17th and 18th centuries) dominated our lands.

The presence of this ensemble was made possible thanks to the assistance of Sciampitta Festival. 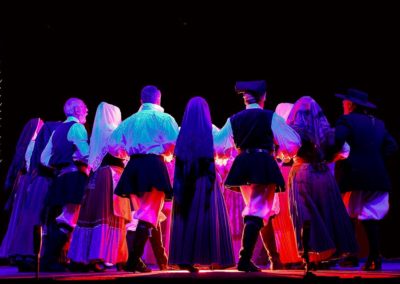 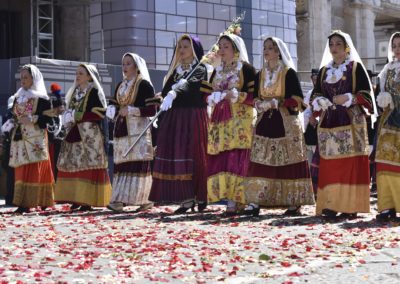 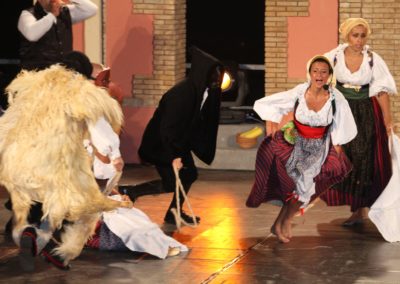 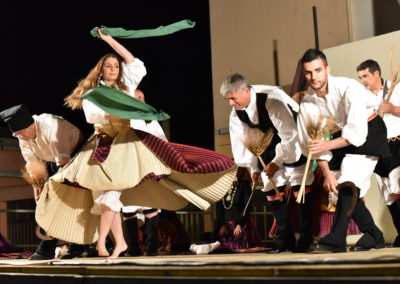 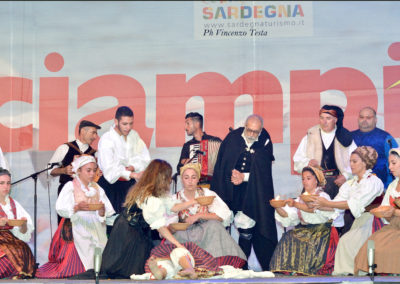