Somos Cultura Viva is made up of two ethnic groups, like the country whose cultural richness it bears witness to, but with a predominance of mestizos. 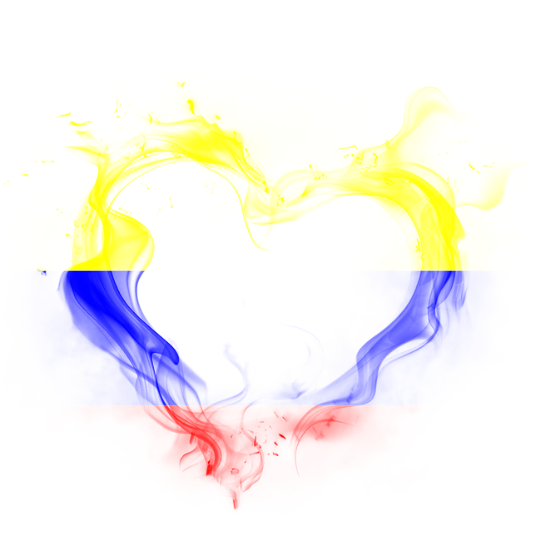 Somos Cultura Viva is made up of two ethnic groups, like the country whose cultural richness it bears witness to, but with a predominance of mestizos.

This allows it to present a complete and eclectic program, and to bring together in an artistically very successful ensemble music and dance from all regions of the country. This land which goes from the Pacific coast to the deep Amazonian selva remains one of the sanctuaries of the Inca culture.

His concern is to collect as much information, music and dance as possible in a land that was one of the most active civilizations on the American continent and in the world. He passionately accumulates the elements of a true Ecuadorian identity. Made up of many students passionate about the process and representatives of all professions, the troupe wanted to build a synthesis of the cultural riches of their country.

His repertoire goes from the coast populated by blacks, to the center populated by Incas and up to the forest which we have said fascinated ethnologists. From each region, she reconstructed the costumes. The orchestra that accompanies his show is made up of very high quality professionals, likely to play primitive or contemporary instruments. With a preference for the former who intrigue their curiosity by sharpening their knowledge.

The show is based on the festivals which are so numerous in Ecuador and almost all of religious origin, and on the life of the markets which are the great business of the Inca populations dispersed in the puna. And also on the carnivals which are different from one province to another and where the sun plays a prominent role. Like the beliefs in a founding system of the world that the Indians have never completely succeeded in forgetting despite the efforts of the church.

Some of these celebrations, like that of "Corpus Christi", last the whole week. Others have the value of revolt against the Hispanic occupier. Other older ones are welcome dances. Those on the coast evoke more black influence, but more generally a more marked European influence.

The presence of this ensemble was made possible thanks to the assistance of Festivals du Sud. 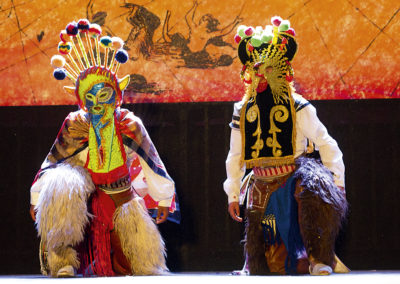 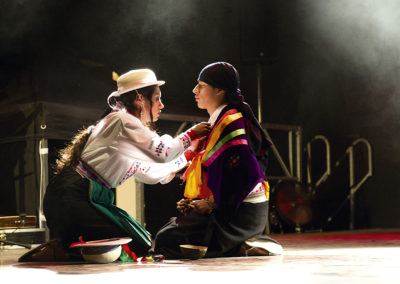 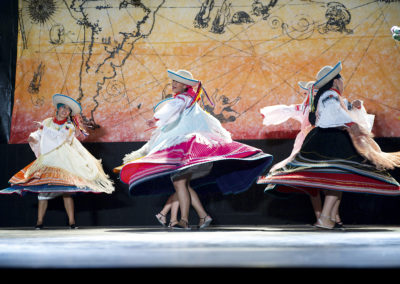 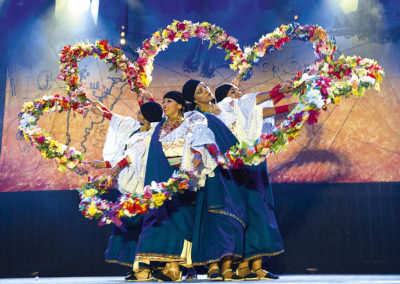 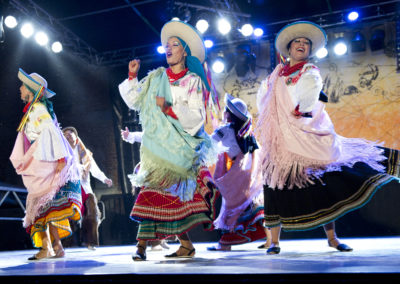